How & When To Introduce Dairy To Your Baby 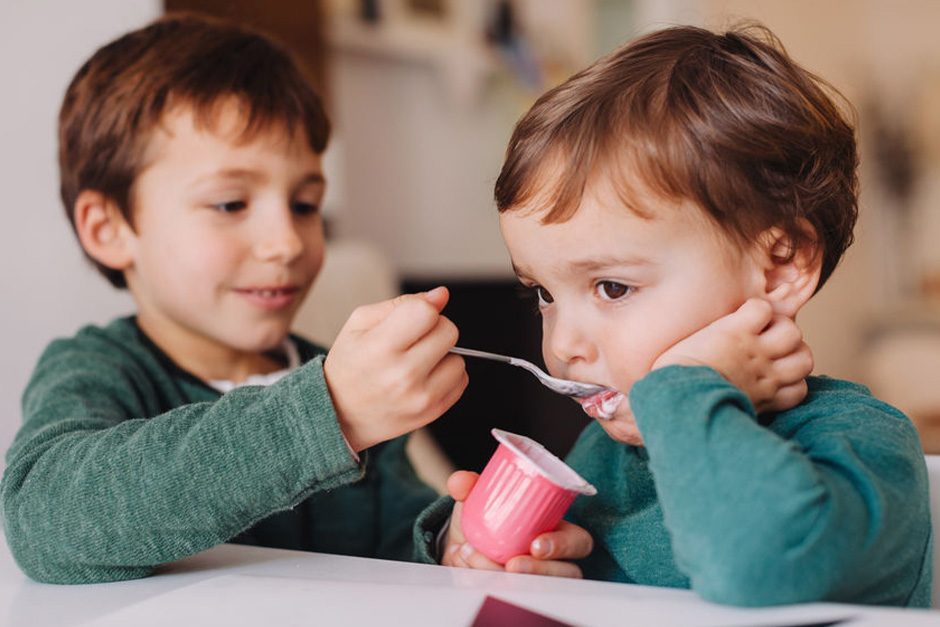 You’ve passed the mashed and pureed fruit and veggies stage. Congrats! We know it got pretty messy at times. They’ve even started feeding themselves little bits of finger food. Now it’s onto the hard stuff. It’s time to add more textured foods and dairy to their diet. “You can introduce dairy from six months into your baby’s diet in cooking,” says Alice Fotheringham, Piccolo’s resident nutritionist. “This means you can use milk in their porridge or cereal or  a cheese sauce, but not as a drink until they are 1 year old.” But, it’s got to be full-fat. Why, we asked Alice. “Because they need the calories”, she said.

Your kid will likely still be on breast milk or formula up when they hit their first birthday. It’s not uncommon for parents to transition their baby onto cow’s milk after this point. You might be thinking rice and nut milks will also be suitable but we’re here to tell you they’re not. Your almond milk isn’t half as nutritious as cow’s milk for a baby.

What if your baby doesn’t like milk? Yep, they’re partial to your milk and they don’t mind formula but for some reason, cow’s milk isn’t cutting it. Pro tip? Combine breast milk or formula milk with cow’s milk and increase the proportion of it each time. It can also help to increase the amount of dairy-based meals they’re eating. Think cheese spread on crackers or melted on bread in small quantities, and lots of yoghurts (opt for the ones made specifically for babies; they contain less sugar).

Watch out for reactions. Although it’s a fairly small percentage, some babies can be allergic to cow’s milk. Don’t worry. Know what to look out for and you’ll be fine. If it’s going to happen, it’ll be when you first introduce them to solid foods and formula that contains dairy. Reactions can take place within minutes or even days. Look out for skin reactions, problems with digestion or hay fever-like symptoms.

How to introduce dairy, in a nutshell