How often should my baby poo? 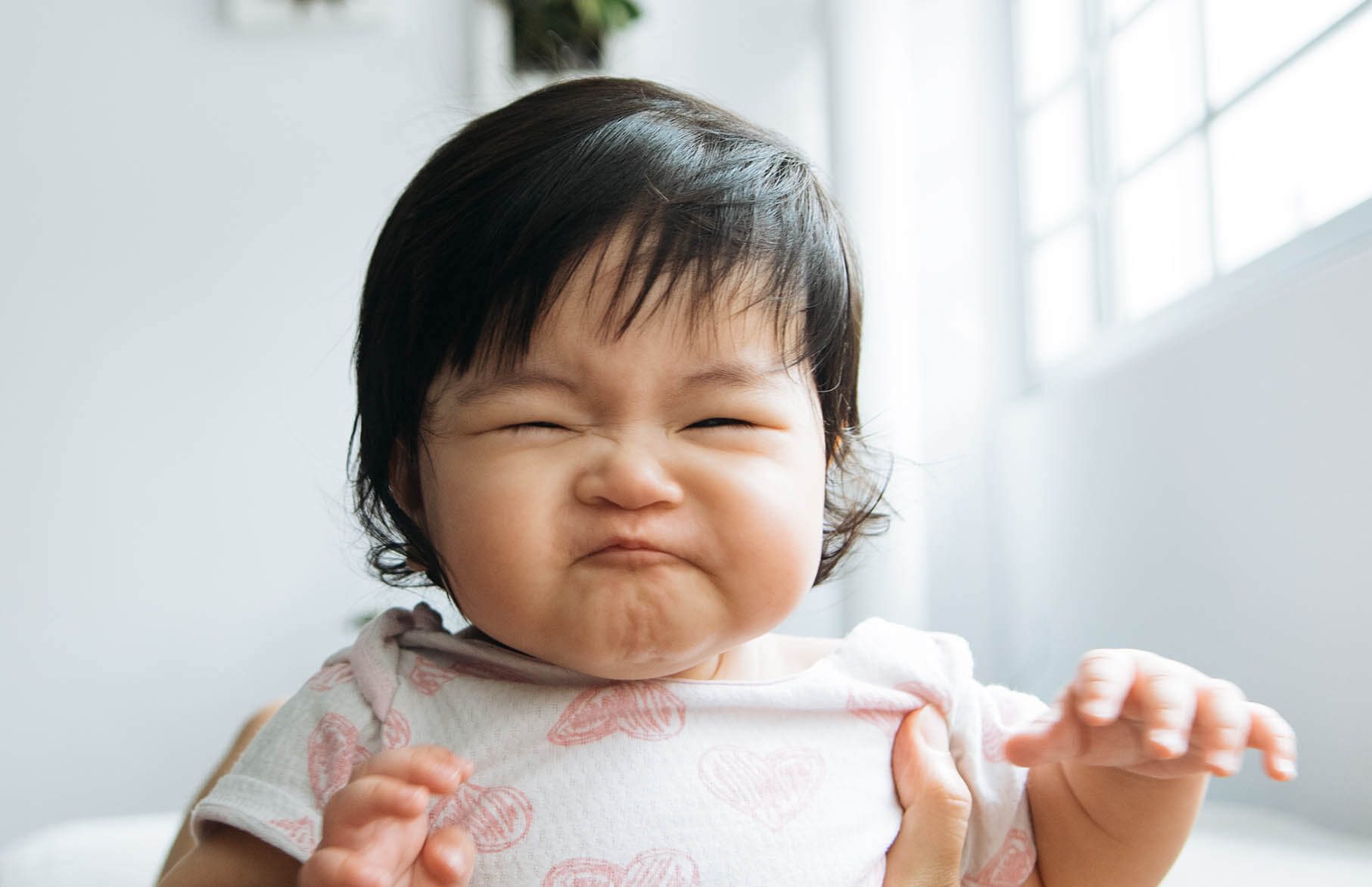 Now there’s a question you thought you’d never ask! It will not be long before you’re comparing notes on colour and consistency with other mums, believe us. Apparently no subject is off-limits anymore. You’re either reading this because you’re worried your baby has turned into a poop machine with a dozen nappy changes a day or, despite frequent feeds, your little cherub hasn’t passed anything through in days and you’re concerned there might be a problem. The truth is, either way they’re pretty normal. Babies poo on average four times a day and this goes down to twice a day by the time they’re one year old. As for the total number of nappy changes per day, you can expect to change your baby’s nappy between six and 12 times a day.

Breastmilk or formula milk? The type of milk your baby is having is going to make a difference to how many bowel movements they have. Breastfed babies generally poo more often because breastmilk contains a natural laxative. In fact, you can expect newborns to poo after each feed during the first few weeks. You can take this as a sign they’re getting enough milk; it means their stomach is filling up which, in turn, activates their digestive tract, making them need to poo. After about six weeks, the amount of poos should decrease. It can be as little as every couple of days (hurray for fewer nappy changes!) because their stomach has grown larger and their bowels are in a steady routine. If they do still poo after every feed, don’t panic, this is absolutely normal too.

Formula-fed babies poo roughly five times a day. This can be after each feed but, more often than not, it can take longer because formula milk takes babies longer to digest. Whether it’s immediately after or later on, both are fine. Another thing to note: if your baby is on formula milk, you can expect their poo to be more solid but still soft. Babies on formula milk are more likely to become constipated but with normal ranging from three times a day to three times a week, infrequent poos are not necessarily a sign of constipation. If the poo is soft each time, things are perfectly normal.

Straining or crying as they poo? Also not signs of constipation, just the signs that they’re doing a poo. The proof is in the poo: if it’s dry and hard, your baby may be constipated. Arching their back and crying more than usual? That’s another indicator they may be constipated. On the other hand, if they’re pooing a lot more than usual (you’ll soon learn their routine), it can be a sign of diarrhoea. See if this clears up within a week without treatment, if it goes on longer, please speak to your GP or health visitor.

How about during weaning? When your little person starts digesting solid foods, expect them to average on two poos a day. Also, note that your baby’s digestive system is still developing, so foods like baked beans and bananas can go straight through them without being digested. This is normal too.